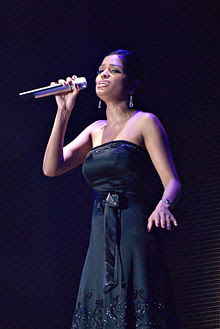 Both Zainul Ariffin and Shaharudin Abd Latif will be reporting to Dato’ Ahmad Talib, who will oversee the overall news and editorial operations for MPB and NSTP.

Dato’ Ahmad Talib began his career in journalism as a reporter with the Economic Service of BERNAMA in 1972, before joining Business Times (Malaysia) Sdn Bhd in 1978. In 1985, he moved to Berita Harian Sdn Bhd as the Economic News Editor before his promotion to the position of Assistant Editor.

In 1987, Ahmad Talib joined NSTP as News Editor, New Straits Times (NST) /New Sunday Times. Subsequently, he served as Chief News Editor, NST; Acting Editor, Business Times; Associate Editor, NST; and Assistant Group Editor, NST; before his subsequent appointment as the Group Editor, NST in 1998. After serving illustriously in this position for six years, he was later re-designated as Group General Manager, Communications and Editorial Marketing in 2004, before opting for early retirement from the Group in 2005.

“Dato’ Ahmad Talib brings with him a wealth of experience to the MPB Group, and his appointment will strengthen and streamline the editorial strategy and operations at both MPB and NSTP, where we hope to see a new level of cooperation as both entities leverage on each other’s resources.,” said YBhg Datuk Johan Jaaffar, Executive Chairman of MPB.

With these new appointments, both NSTP and MPB also announced the retirement of YBhg Datuk Hishamuddin Aun, as the Group Editor-in-Chief, NSTP and YBhg Dato’ Kamarulzaman Zainal as the Director, News and Current Affairs, MPB. Both Dato’ Kamarulzaman and Datuk Hishamuddin Aun will consequently also be resigning as a Board Director of MPB and NSTP respectively effective 30 June 2009.

“On behalf of Media Prima, I wish to extend my utmost gratitude to Dato’ Kamarulzaman for his services and contribution over the years in raising the bar in Malaysian broadcasting and news industry. Under his leadership, Buletin Utama TV3 increased its audience ratings and consistently achieved top 5 ranking of the most watched programmes, with more than 3 million Malaysians watching the news edition daily,” said Johan.

Tan Sri Mohamed Jawhar, Chairman of NSTP similarly said, “The Board of Directors of NSTP records its deepest appreciation to Datuk Hishamuddin for his 27 years of service and his contribution to the Group during his tenure.”

“Under his leadership as Group Editor-in-Chief, NSTP has managed to improve its newspaper circulation, especially of Harian Metro and recorded its highest net profit in recent years of RM47 million for the FYE 31 December 2008 ” further added Jawhar.