KUALA LUMPUR (Bernama) -- The creative industry in U.S. has contributed no less than US$3 trillion to its economy.

In Malaysia, the industry is only contributing 1.3 per cent to the national gross domestic product (GDP), unlike South Korea or Japan that contributes between five and seven per cent to their GDP.

However, the industry has promising potential in Malaysia. It is owing to that a conference called KL Converge! is being held for the first time here, as an avenue to channel ideas and disseminate digital materials online. It will also be Malaysia's platform towards becoming Asean's premier hub for media and digital communication.

The three-day conference is taking place from Sept 17 to 19 the Kuala Lumpur Convention Centre (KLCC) and is organised by the Malaysian Communications and Multimedia Commission (MCMC).

The MCMC Chairman Datuk Mohamed Sharil Mohamed Tarmizi said is was the best platform for industry players in the multimedia, content, communications and creative fields to exchange ideas and explore new opportunities.

The conference theme revolves around "see", "touch", "feel", "hear", "show", and "speak" and will be translated across various pavilions from different countries and corporations, with live demos and display of apps, games, shorties, films and TV shows.

Today, millions of people depend on apps to run daily tasks.

The demand for digital content is extremely high and diverse, covering various fields from entertainment to research.

Mohamed Sharil said the topic would be the main focus of KL Converge! 2014, especially in terms of the local developments in the field.

Malaysia ranks fourth in the world when it comes to broadband and app usage in the past five years.

The digital system for the national television stations are also in the midst of developing content and completing its transmission infrastructure before starting its operations next year.

He said KL Converge! would be an initiative for MCMC to scout for talent and local content for the upcoming Malaysian Digital Terrestrial Television (DTT).

"The digital TV station would be an addition to the current stations. We are looking to invest in local content so that there would be a sizeable number of people in the industry when it is up and running", he said.

The conference will see the participation of major names in the creative and animation industries, such as special effects guru Namit Malhotra who worked on the movie Transformers and Roger Christian from Star Wars.

Also attending the conference would be renowned arranger and composer Steve Sidwell as well as popular directors from LucasFilm, Prime Focus and Animation VFX.

"The local creative and animation industry practitioners should utilise this opportunity to collaborate with these professionals to produce works that can penetrate the international market particularly in Hollywood, Bollywood and Asean", said Mohamed Sharil.

Many of the local industry players found the organisation of KL Converge! timely.

"We in the creative industry have long waited for a conference like this", said the CEO of FUNCEL Sdn Bhd, Azrul Hassani. The company was involved in the production of animated films.

He said Malaysia was only preceded by Singapore in the Asean creative industry.

"Malaysia's desire to become the media and digital communication hub is in line with the vast number of available job opportunities in the industry", he said.

He said the field of animation was not simply limited to the creation of films but merchandising as well.

"A good example is the animation Upin and Ipin. Its marketing strategy has resulted in a solid branding system that has enabled it to succesfully branch into merchandising", said Azrul whose company produces the animated series Satria with the aid of Japanese technology.

There are also companies who use the internet-based technology called the "Internet of Things" in the fishery industry.

Its CEO Mohamed Razali Mohamed hoped that KL Converge! would help people realise that more people that the creative industry was also needed in farming and other sector besides the arts and entertainment industry.

He gave the example of Norway that employed the technology in its salmon-breeding industry, resulted in an increase of production to 600,000 tonnes a year, and an income of billions of ringgit.

The system allows for lesser manpower and the monitoring of fish and the quality of water and temperature through a cloud computing system.

Aquagrow will be sharing its experiences with the technology at the conference, he said.

Some 20,000 participants are expected to attend the conference. Details on schedule and registration can be obtained at www.klconverge.com.-- BERNAMA
at 22:39 No comments: 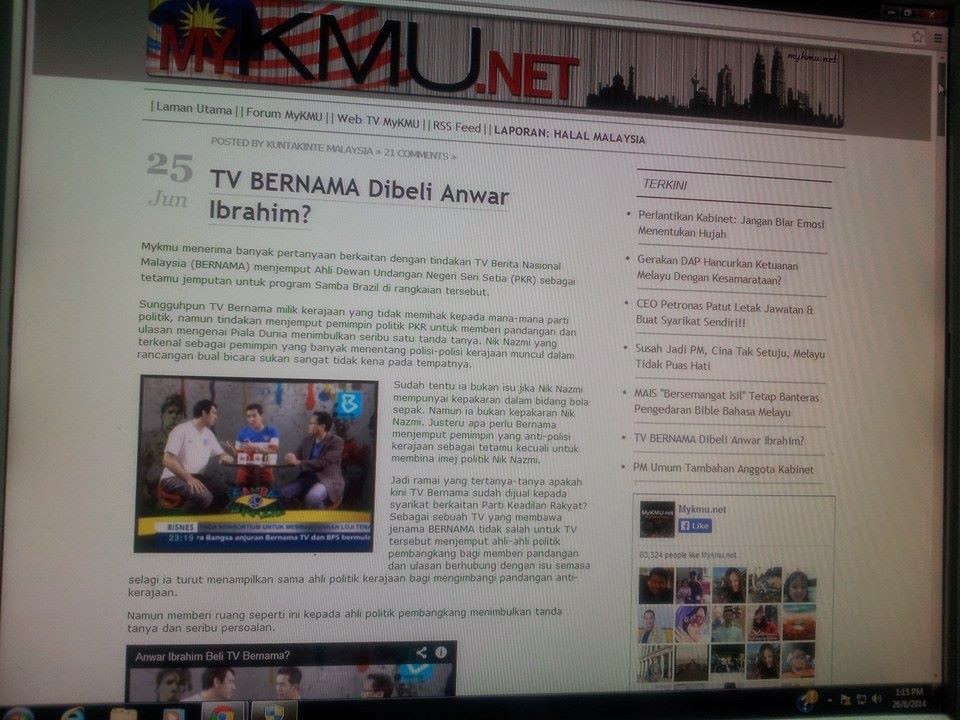 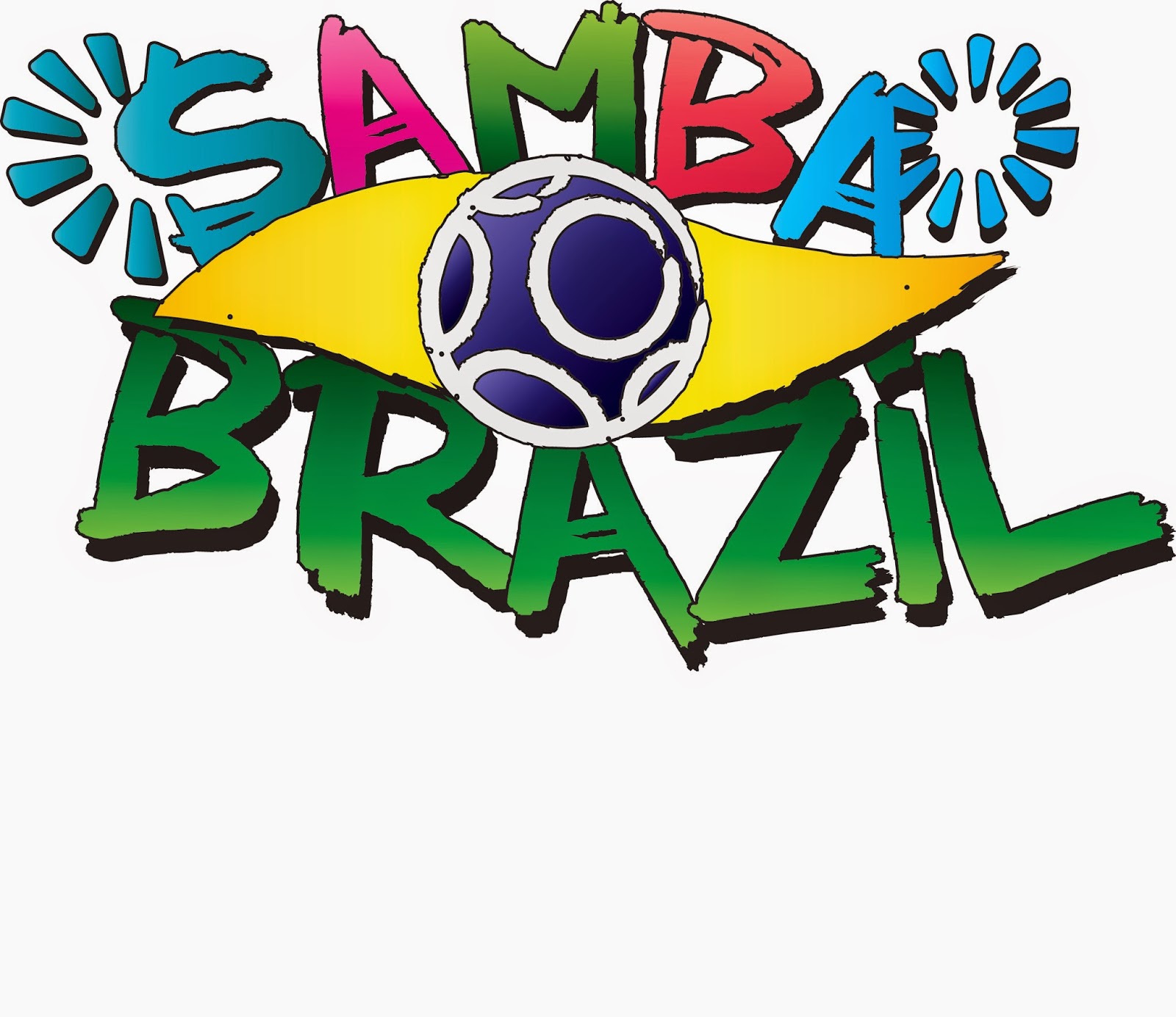 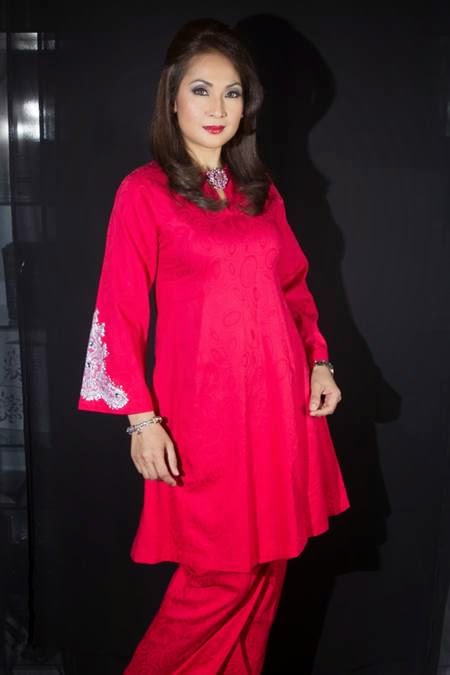 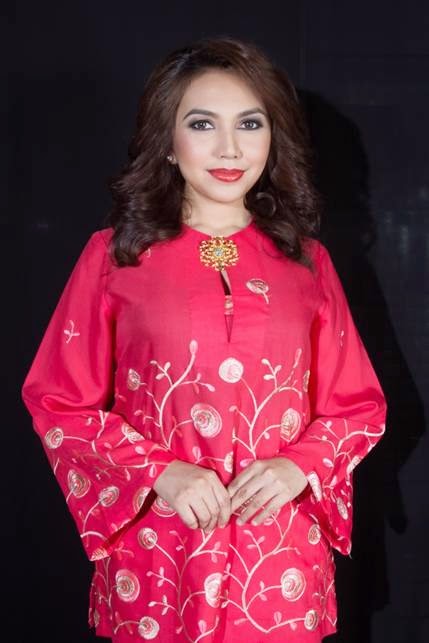 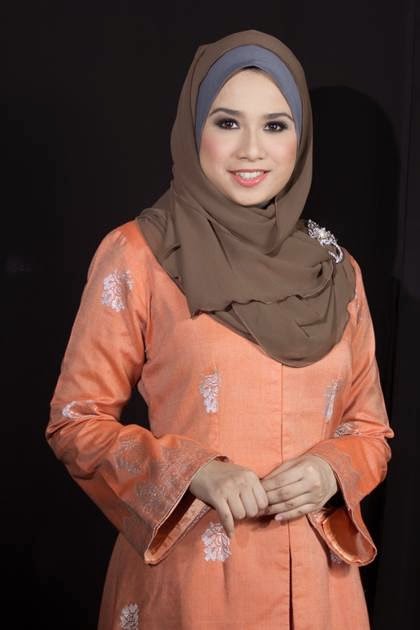 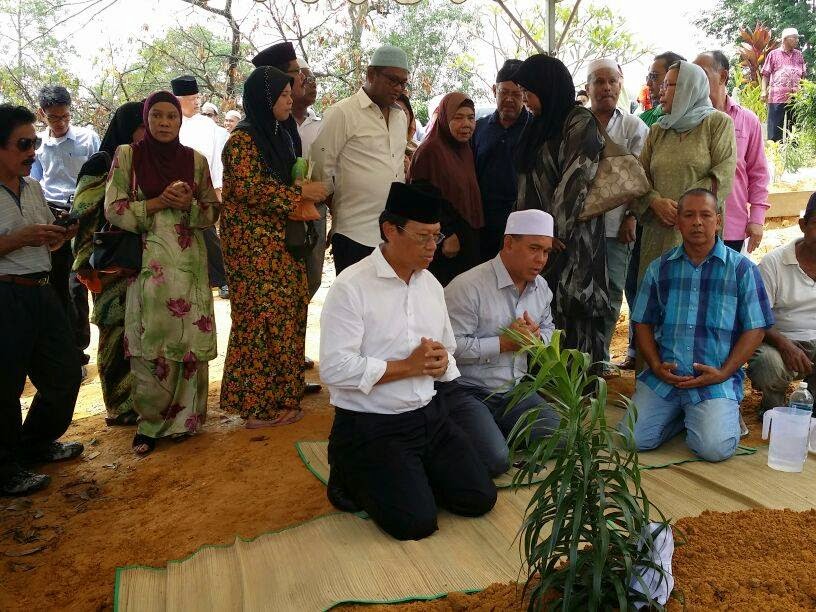 OFFICIAL MAS STATEMENTMalaysia Airlines deeply regrets that we have to assume beyond any reasonable doubt that MH370 has been lost and that none of those on board survived. As you will hear in the next hour from Malaysia’s Prime Minister, we must now accept all evidence suggests the plane went down in the Southern Indian Ocean.On behalf of all of us at Malaysia Airlines and all Malaysians, our prayers go out to all the loved ones of the 226 passengers and of our 13 friends and colleagues at this enormously painful time.

Our heart breaks to think of the unimaginable loss suffered by each of you over the last few weeks. And we know there are no words that we or anyone else can say which can ease your pain. We will continue to provide assistance and support to you, as we have done since MH370 first disappeared in the early hours of 8 March, while flying from Kuala Lumpur to Beijing.

We do not know why, and we do not know how, this tragedy occurred. In fact we may never know. But we must now accept the reality of the situation.

The ongoing multinational search operation will continue, because we all need to seek answers to the questions which remain. Alongside the search for MH370, there is an intensive investigation, which we hope will also provide answers.

We would like to assure you that Malaysia Airlines will continue to give you our full support throughout the difficult weeks and months ahead.

As we worked around the clock to find the information everyone involved was craving, we have watched your anguish increase with every passing day.

Once again, we humbly offer our sincere thoughts, prayers and condolences to everyone affected by this terrible tragedy.
at 01:28 No comments:

This evening I was briefed by representatives from the UK Air Accidents Investigation Branch (AAIB). They informed me that Inmarsat, the UK company that provided the satellite data which indicated the northern and southern corridors, has been performing further calculations on the data. Using a type of analysis never before used in an investigation of this sort, they have been able to shed more light on MH370’s flight path.

Based on their new analysis, Inmarsat and the AAIB have concluded that MH370 flew along the southern corridor, and that its last position was in the middle of the Indian Ocean, west of Perth.

This is a remote location, far from any possible landing sites. It is therefore with deep sadness and regret that I must inform you that, according to this new data, flight MH370 ended in the southern Indian Ocean.

We will be holding a press conference tomorrow with further details. In the meantime, we wanted to inform you of this new development at the earliest opportunity. We share this information out of a commitment to openness and respect for the families, two principles which have guided this investigation.

Malaysia Airlines have already spoken to the families of the passengers and crew to inform them of this development. For them, the past few weeks have been heartbreaking; I know this news must be harder still. I urge the media to respect their privacy, and to allow them the space they need at this difficult time.

NO POSTAL ARTICLES ON MH370

“We are consumed with sadness to learn of the incident and would like to convey our deepest sympathies to all affected passengers, crew and their family members. Please know that our thoughts and prayers are with them during this tragic time,” said Dato’ Iskandar Mizal Mahmood, Group Chief Executive Officer of Pos Malaysia.

Malaysia Airlines System (MAS) has been a long-time partner in the Pos Malaysia delivery chain to
transport postal articles.

Pos Malaysia would also like to take this opportunity to inform all our customers who may have concern on their postal articles addressed to China that NO postal articles were despatched via MH370 on Saturday morning.
at 15:24 No comments: